Can Music Really Make You Smarter?……Just Maybe it Can!

Can Music Really Make You Smarter?……Just Maybe it Can! 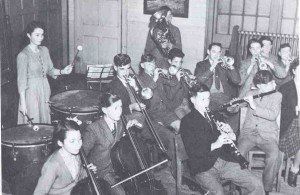 For years I have been banging on about how beneficial music lessons are to children in terms of their academic achievements. I’m sure many of you have heard me talk about the benefits connected to learning languages and Maths skills.

Well whilst Googleing random music articles I came across this in the Wall Street Journal. I think it’s really interesting, it has some very strong arguments for increasing music education frequency in schools, going against the current trend in many UK schools today of providing less than 2 hours of music related classes a week .

In my secondary school my music teacher Dave Hill was amazing, in my 13 year old eyes he played every instrument the world had ever made and I couldn’t understand how he wasn’t the world’s most recognised musician, at the time I would have called him a modern day Mozart!! Looking back I realise now that whilst talented he probably wasn’t quite the genius I had him picked for but the point was I was inspired. I couldn’t wait and whilst his classes encouraged me to take up the Piano, I also learned some valuable skills during his lessons. How to use music to help my concentration, this proved invaluable during my exam revision. I also used music rhythms whilst learning languages and during my GCSE’s I studied French, Spanish and German as a result of my ability to pick them up. Please don’t think I was an A Grade student I wasn’t, I had to work hard to get the results I achieved in school but I honestly feel that my exposure to a good music eduction help me.

I know that as an adult I am motivated by music and as a result I become more productive in practically every task I undertake when under its influence. I know that I was lucky and that my music education was rich and varied, playing everything from the Keyboards and Drums to the Oboe and the Sax, listening to all genres from Hip Hop to Baroque. So when I hear that nowadays, History teachers are now required to teach modern music lessons by simply playing videos to the children, I feel despair.

To have real music experiences taken away from children is not only putting them at disadvantages academically, I believe that they are also missing out on fully understanding the joy and passion that music can bring.

Below is a extract from the article……

….Learning disabilities in American schools have reached epidemic proportions, affecting as many as one in five children. Illiteracy costs American businesses $80 billion a year.

Many solutions have been tried, but few have succeeded. There is a growing body of evidence suggests that music could trump many of the much more expensive “fixes” that have been thrown at the education system.

Plenty of outstanding achievers have attributed at least some of their success to music study. Stanford University’s Thomas Sudhof, who won the Nobel Prize in medicine last year, gave credit to his bassoon teacher. Albert Einstein, who began playing the violin at age 6, said his discovery of the theory of relativity was “the result of musical perception.”

Until recently, though, it has been a chicken-and-egg question: Are smart, ambitious people naturally attracted to music? Or does music make them smart and ambitious? And do musically trained students fare better academically because they tend to come from more affluent, better educated families?

New research provides some intriguing answers. Music is no cure-all, nor is it likely to turn your child into a Nobel Prize winner. But there is compelling evidence that it can boost children’s academic performance and help fix some of our schools’ most intractable problems.

The article also looks at the advantages of music education:-

When you get a break at work have a read of the article, it’s worth it……. A Musical Fix for American Schools