Children who learn an instrument perform better in school

Children who learn an instrument perform better in school

The benefits to learning music from an early age

There are many studies that have show the benefits to learning a musical instrument and this article from the Daily Mail lists some of them.
If you spent hours learning a musical instrument as a child only to lose interest when you reached your teens, it may not have been a complete waste of time after all, according to a leading expert. Learning to play an instrument has major advantages for a growing brain and should be a key part of school education, says neuroscientist Professor Nina Kraus. She points out there is strong evidence to show that music lessons help children improve their language skills. Prof Kraus has led the first research to demonstrate that playing a musical instrument significantly enhances the brain’s sensitivity to speech sounds. 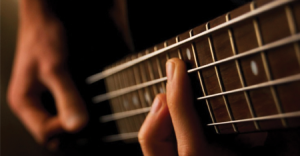 Playing an instrument may help children better process speech in a noisy classroom. The benefits could help normal children as well as those with developmental problems such as dyslexia and autism, she argues. ‘Playing an instrument may help youngsters better process speech in noisy classrooms and more accurately interpret the nuances of language that are conveyed by subtle changes in the human voice,’ Prof Klaus told the American Association for the Advancement of Science in San Diego, California. ‘Cash-strapped school districts are making a mistake when they cut music from the curriculum.’

At her laboratory at Northwestern University in Everston, Illinois, researchers developed a way to show how the nervous system responds to the acoustic properties of speech and music sounds with sub-millisecond precision. They found the effectiveness with which the nervous system interprets sound patterns is linked to musical ability. ‘Playing music engages the ability to extract relevant patterns, such as the sound of one’s own instrument, harmonies and rhythms, from the “soundscape”,’ said Prof Kraus. ‘Not surprisingly, musicians’ nervous systems are more effective at utilising the patterns in music and speech alike.’

Previously her team found that sensitivity to sound patterns correlates with reading skill and the ability to hear speech against background noise. ‘People’s hearing systems are fine-tuned by the experiences they’ve had with sound throughout their lives,’ said Prof Kraus. ‘Music training is not only beneficial for processing music stimuli. We’ve found that years of music training may also improve how sounds are processed for language and emotion. ‘The neural enhancements seen in individuals with musical training is not just an amplifying or volume knob effect. Individuals with music training show a selective fine-tuning of relevant aspects of auditory signals.’

Her research indicates that playing a musical instrument affects automatic processing in the brainstem, the lower part of the brain that joins onto the spinal cord. The brainstem is an evolutionarily ancient brain region that controls many vital functions such as breathing and heartbeat, as well as responses to complex sounds. ‘Now we know that music can fundamentally shape our sub-cortical sensory circuitry in ways that may enhance everyday tasks, including reading and listening in noise,’ said Prof Kraus.